In the early days of WWII, the Royal Air Force lost almost twenty-five percent of their Hurricane fighters in combat over France. Despite their tenacity, the RAF pilots were ineffective when they engaged the Luftwaffe.

It wasn’t a lack of spirit; they pressed their attacks more fiercely than any opponent the Germans had yet faced.

It wasn’t their planes; the Hurricane was a respectable match for Luftwaffe aircraft.

It wasn’t their weapons; Hugh Dowding of Fighter Command had won a fight with the Air Ministry to arm the wings of RAF’s fighters with eight machine guns.  Although the ministry originally thought that eight guns was “going a bit too far,” they relented and gave Dowding his weapons.

The problem, surprisingly, lay not with the pilot’s in France, but with their leaders back in England.

The first part of the problem was technical.  Because the Hurricane’s guns were mounted in the wings, they had to be angled so that their fire converged at a point ahead of the plane.  This is a highly technical process called “harmonization.”  The question the RAF had to answer was how far away should they converge?

Harmonizing the guns was a technical procedure that calibrated wing guns to converge at a specific point.

Unfortunately, the advent of the modern fighter had outpaced the thinkers and policy makers in the RAF whose own air combat experience was limited to in the biplanes of the first World War.  The new planes were fast, so fast the RAF leadership assumed that the twisting dogfights of their day would be impractical. They dictated that guns should be harmonized to 400 yards or greater.  When the pilot pressed the trigger the concentrated fire from eight guns would meet at a point in space 1,200 feet in front of the plane.  Harmonizing them any closer would mean that the pilots would have to fly closer to their targets before firing, which would be suicidal at high speed.  So Hugh Dowding, head of Fighter Command dictated armorers harmonize all Hurricanes and Spitfires uniformly at 400 yards, and his pilots were trained to open fire at that distance.  They called it the “Dowding Spread.”

British pilots in actual combat quickly realized the 400 yard harmonization established by the Air Ministry’s higher ups wasn’t right.  Contrary to assumptions at the ministry, pilots still had to engage the enemy at very close range to be successful, despite the planes’ high speeds of up to 300 miles per hour. As pilots gained more experience in dogfights, they found they were most successful if they held the Germans in their sights until they were 300 yards or closer before firing.  With their weapons aligned so their fire converged 400 yards ahead of them, bullets either passed harmlessly to the sides or, if they scored a hit, peppered  a wide area of the enemy aircraft with holes, but failed to deliver fatal blows. The pilots needed to concentrate their fire on one spot if the hoped to shoot down Germans. RAF policy was preventing it.

The frustrated pilots began harmonizing their own guns, against RAF policy, for closer distances.  Noted ace Colin Grey argued “we must point harmonization at 250 yards or even less if the Spitfire guns can be brought to bear at that range.  We’ll get results and a damn sight less ammunition will be used to achieve them.”

Another upcoming ace,and the RAFs best aerial marksman, Adolf ‘Sailor’ Malan agreed. Both  harmonized  their guns for 250 yards and achieved impressive results. Soon pilots in the frontline squadrons copied the closer harmonization and experimented with new techniques for close-range fighting with the enemy. 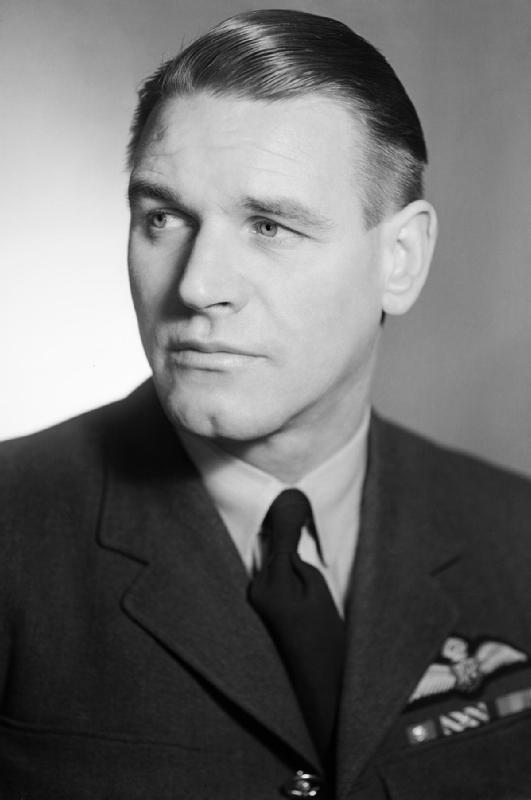 RAF leadership in the Air Ministry took notice.  Inspectors visiting the squadrons saw the changes and censured the pilots for ignoring RAF procedures.  Eventually, they informed Dowding himself about the pilots’ insubordination.

His response?  He personally reviewed gun camera footage and quickly realized that the closer harmonization was devastating German planes.  Rather than punish the pilots for their improvisation, he ordered the armorers to harmonize all fighters to 250 yards.  It was a small decision in the course of the war, but it had a major impact on his squadrons’ effectiveness.

Just a few weeks after Dowding’s pilots reharmonized their guns, their enemies across the Channel, the German Luftwaffe, faced a similar situation.

The Battle of Britain had not been going as expected for the German air force, the Luftwaffe. It’s head, Hermann Goering, promised Hitler he would crush the RAF if given four days of decent weather.  Instead, the RAF was shooting down his bombers at an alarming rate.  In response he had issued a bold new decree.  His fighter pilots would now fly close escort for all bombing raids over England. He believed his bombers would be safer over enemy territory with his fighters flying nearby.

His pilots were incredulous.  Their Me109 fighters had two clear advantages over the RAF’s fighters, they were faster and performed better at higher altitudes. They were most successful against the British when they were able to sweep ahead of the bombers and take the offensive. Close escort negated the strengths of the German fighters, which German pilots and their group commanders had made clear to Goering.

But Goering did not want to hear excuses or arguments.  So as the Luftwaffe fighter pilots crossed the channel, slow and low to keep station with their bombers, they found themselves on the defensive.  They began taking greater losses to Spitfires, which surprised them from higher altitudes.

About the same time the British air chief, Dowding, gave his pilots the okay to modify their weapons in defiance of RAF specifications,  Goering showed up at a forward air base in Pas de Calais, in occupied France, to offer his fighter pilots a “pep talk.” He harangued the exhausted and demoralized pilots crowding around him, saying they lacked initiative. Some met  his gaze. Most stared at the spot between their feet

He repeated that the fighter pilots must protect their bombers by staying close to them.  The pilots argued their case. Close escort was crippling them.  They beseeched him to let them go back on the offensive.  Let them sweep ahead of the bombers and knock the Spitfires and Hurricanes from the sky, they insisted. But Goering tolerated no dissent.  In a flash of anger he called them cowards. They didn’t deserve the medals they had been awarded early in the summer, he yelled, saying they lacked the courage needed to see his plans through. 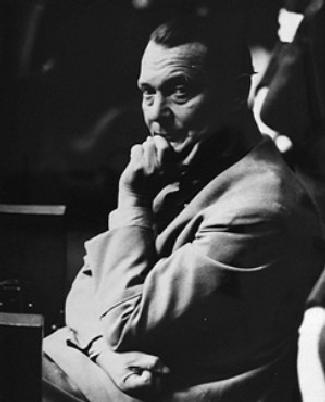 Hermann Goering on trial at Nuremberg

Major Adolf Galland, the German flight group leader at Pas de Calais, fumed. He was an innovative tactician, a fearsome pilot and a decorated ace.  He was also a highly respected leader adored by his men for his courage and integrity.  Goering turned to him, composed himself, and asked directly what he needed to win the battle.  Galland could have anything, Goering insisted. He just needed to ask. The flight group leader didn’t hesitate long.

“I should like an outfit of Spitfires for my squadron, “ he snapped.

Goering stamped off, speechless with rage.

If his chief was going to issue impossible orders, Galland thought it only appropriate to make an impossible request.

That summer Luftwaffe losses continued and the escort pilots’ morale plummeted. They called it Kanalkrankheit or “Channel Sickness.”

What defines our leadership is not if we make mistakes, but how we react when we make them.

Dowding’s and Goering’s reactions were on opposite ends of the spectrum. Dowding was well known for his devotion to fact. He required data for every decision.  When the data led him to a conclusion he would defend it to anyone, from the RAF armorers to the Prime Minister.  If the data was contrary to his prior decisions, he’d change that decision.  His leadership was defined by objectivity, not ego.

Goering by comparison, was consumed by his ego.  Following the early successes of the Luftwaffe in Poland and France, Goering’s spent his time filling his estate with pillaged art and parading in ridiculous uniforms. These pursuits outweighed any efforts at technical study or strategic planning. The German public joked about his growing ego, saying “he would wear an admiral’s uniform to take a bath.”  Throughout the war he would blame his subordinates for his strategic failures.

So where do we fall on the spectrum?  How well do we really handle our own mistakes?  Are we Dowding or Goering?

I think  the majority of us probably fall somewhere closer to the middle of the spectrum.  We probably aren’t hedonistic monsters who foster our failures off on our suffering staffs.  But we also reticent to admit our mistakes when faced with objective proof.  We are susceptible to our ego, but when we allow it to drive our leadership, we risk our effectiveness, our teams, and our reputation. Our challenge as leaders is to learn to be more like Dowding, to recognize when we are letting our pride prevent us from admitting we have made a bad call.

Like any cure, the first step is admitting we have a problem.  So in the comments, tell me about a time you let your ego get the best of you as a leader?  What happened?  What was the impact?