During the Battle of Britain England’s secret weapon was the Dowding System, and its heart was the Filter Room.  Here, women called Filterers processed incoming information from experimental radar stations to determine where the Germans planes were heading.  The raids they identified became the foundation for the nation’s air defense.  Based on the work of these young women, Controllers scrambled squadrons, and the pilots clawed into the sky.

This Filter Room was bustling when the German hordes were crossing the English Channel. Two dozen women crowded around the central map table, shuffling colored tokens with hectic activity. Above them in a balcony, officers watched the developing situation and barked orders.  The noise and activity were overwhelming.

But one night, there were no raids. The Germans stayed at their bases.  With nothing to report the radar stations were quiet, so the Filterers had nothing to process during their shifts.  Around the map table they engaged in quiet conversation, knitted, and read to pass the time.  One of them had left their handbag on the sacred map table, obscuring the Channel.

As a Filterer laughed at her neighbor’s anecdote, she caught a glimpse of a man standing at the balcony rail. She paused. The man was Air Chief Marshall Dowding, Commander in Chief of Fighter Command, in full dress uniform.  The man in charge of the entire air defense of England.  The man everyone called ‘Stuffy’ for his rigid and formal bearing.  The man respected for his tireless work ethic and dedication to the job.

Dowding glared down at them, listening to their chatter.  His map table was empty, save for that carelessly placed purse.  The Filterer nudged the girl next to her.  Slowly all eyes turned to Dowding, and the girls caught their conversations in their throats.  Knitting vanished.   The room grew silent and still.  Standing above them was the man responsible for preventing the German invasion.  They were his secret weapon, and his secret weapon was goofing off.

So what did he do?

Simple. He did the right thing.  He just smiled, turned and walked away.

And this was not isolated to Dowding and his Filter Room.  Look at these images of the RAF pilots, taken during that long summer when England fought desperate odds for survival. 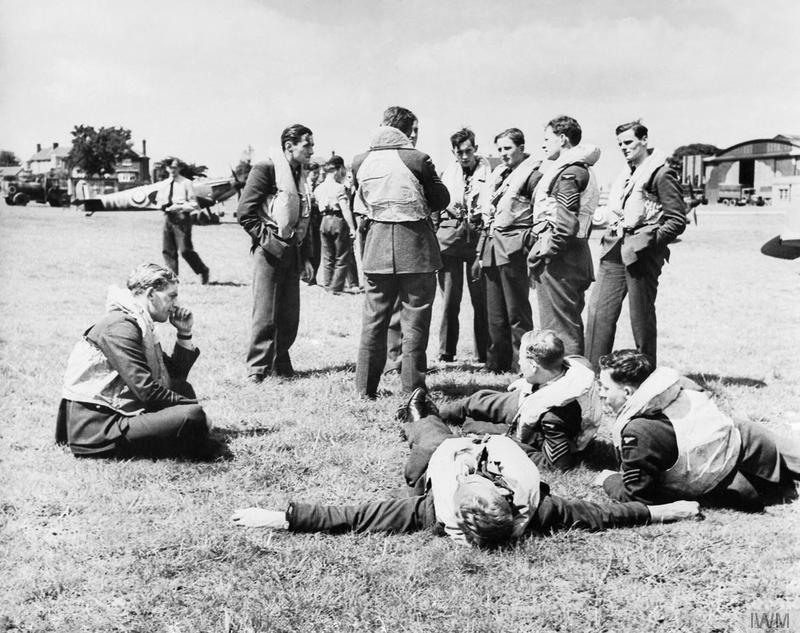 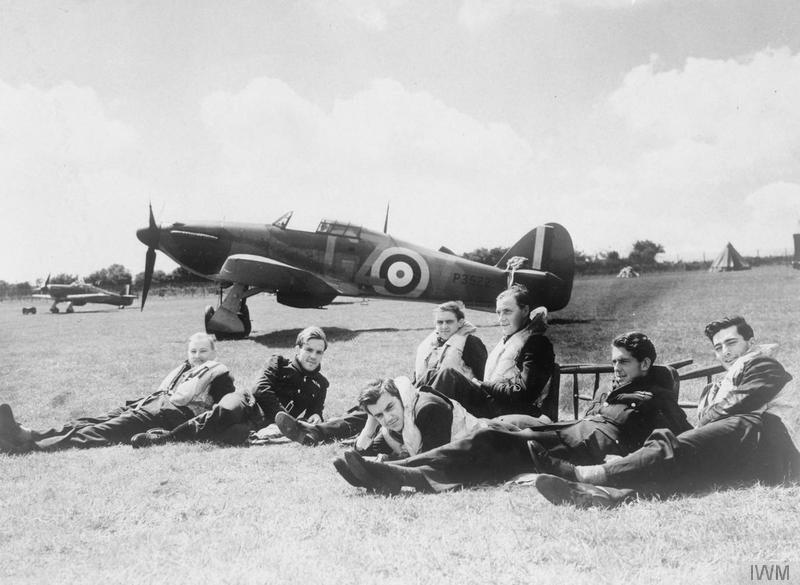 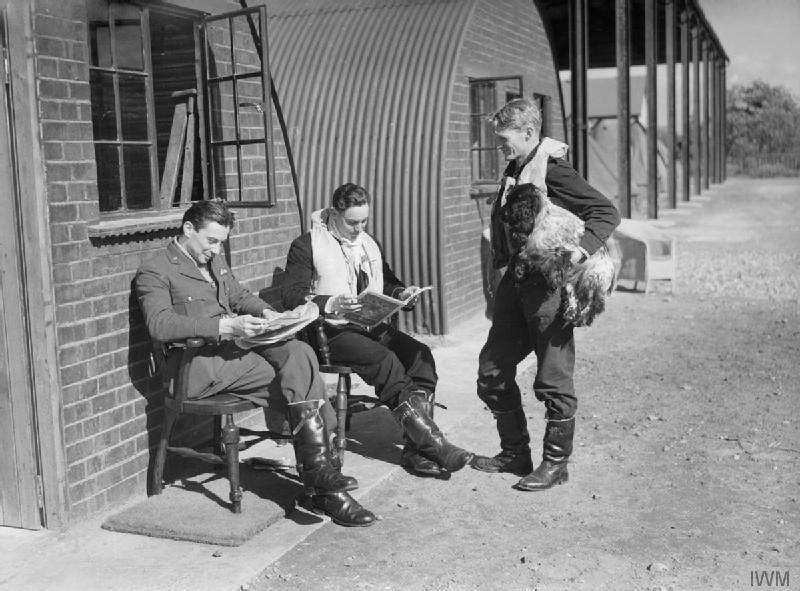 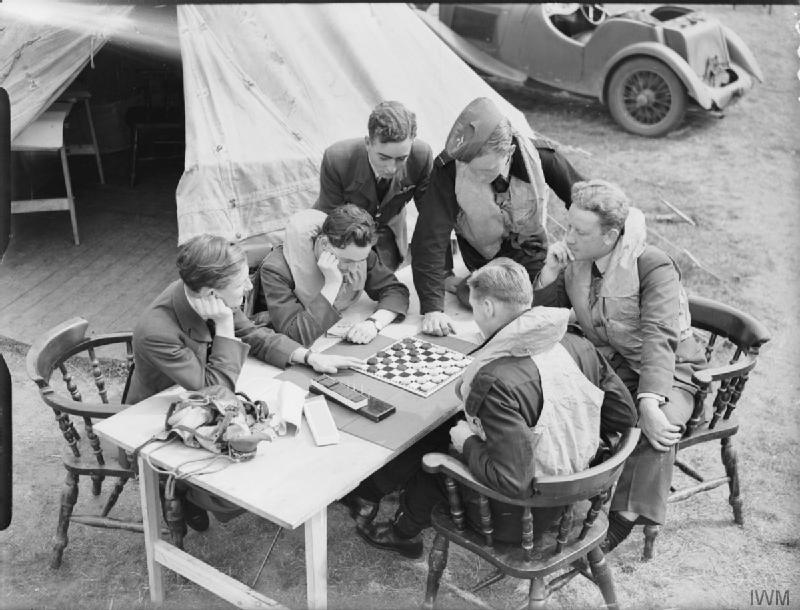 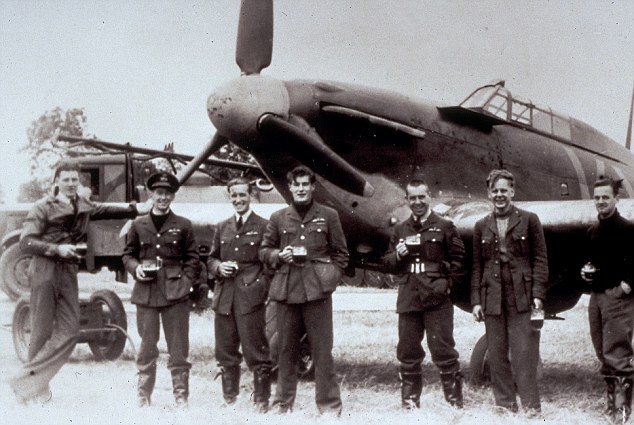 From bottle to throttle at the water cooler.

I am being a bit snarky, but here’s the point. Even during the life and death struggle of the Battle of Britain, these men and women had time to relax and recharge their batteries.  Their officers and leaders understood the difference between effectiveness and productivity.  They trusted their men and women  to perform their jobs well, when there was a job to do.  They recognized that down-time, even on duty, when there were no raids reduced their stress and improved morale.  This made them more effective when their job required their attention.

But as leaders today, we obsess with maximizing productivity.

We believe that every minute of work must be 100 percent productive.  That the inefficiencies in our workday are problems to solve.  That leadership is practicing this ourselves and instilling it in our employees.  We believe this premise because we associate hours with performance. So we try to find ways to be more productive.  We take our work home, we catch up on emails during dinner, we take out laptops to meetings.  We “humblebrag” about how busy we are, about how much we are doing.

Soon as leaders we begin to expect our employees to do the same.  We see idle hands and resent them.  We worry about how that reflects on our leadership.  So we manage their time and new tasks for our employees to do.  But we fail to recognize that if we focus on time management, we succeed only at managing our employees’ time. That’s it.  It says nothing about whether our employees are effective, because we are losing focus on our real goals.

Let’s not deceive ourselves.  This is just a new form of micromanagement; a new control tactic.  And countless studies have proven the negative effects of that. Employees and management feel overwhelmed and overworked. Employees stop making decisions.  Initiative disappears. Motivation decreases. Morale declines.

Imagine if Dowding focused on his Filterers’ productivity rather than their results. If every time the table was quiet he insisted they find something useful to do.  Maybe reviewing procedures, writing reports or, god forbid, busy work. Would they have been as engaged when their focus was needed on the real job?  Would the quality of their work have suffered? Would they have burned out faster?

And recent studies show the reverse is true.  Teams that play together perform better.  Researchers at MIT confirmed that a team’s performance can be correlated to how often they socialize together. But you don’t need a study to tell you that. Scroll back through those images.  Do those pilots look like a team that would go the extra mile for each other?

As leaders the best thing we can do for productivity is to quit obsessing over it.  Quit talking about it. Quit wearing it on our sleeves like a badge of honor.  Define what the essential work is on our teams and focus on that.  When it’s done, try not filling the void just to stay busy.  Leave that type of time management to punch clocks.

Tell me in the comments, why are we so obsessed with productivity?  Do you feel compelled to be more productive?  What impact does that have on you and your teams? How do we stop it as leaders?