So you are executing flawlessly, but are you doing the right things?

After the first World War, the fledgling Royal Air Force struggled to prove its worth as an independent service. Protracted political battles almost resulted in the RAF becoming a part of the Royal Navy.  To counter this, the RAF leadership staged annual demonstrations at Hendon Aerodrome to showcase their finest to the public. Demonstrations of air racing, bombing, and mass flyovers awed the crowds.  Precision formation flying, though, was what really wowed both the crowds and the military brass.  Planes performed aerobatics while flying within feet of each other.  Some routines showcased daring pilots flying routines in planes tied to each other with ribbons. These exhibitions became the focus of RAF pilot training and precision formation flying became a cornerstone of RAF aerial combat tactics and training.

All RAF pilots were taught to fly in Vic formation, a close flight of three planes flying in a V shape, with the leader in front. The other two planes flew with their wings tucked inside the leader’s wings, sometimes mere feet from the leader’s plane. This formation had been born in World War I, when the lack of radios in planes meant that pilots had to fly close enough together to watch the leader’s hand signals.  After the war, most of the world’s air forces adopted the Vic and it became the foundation for all RAF formation flying. 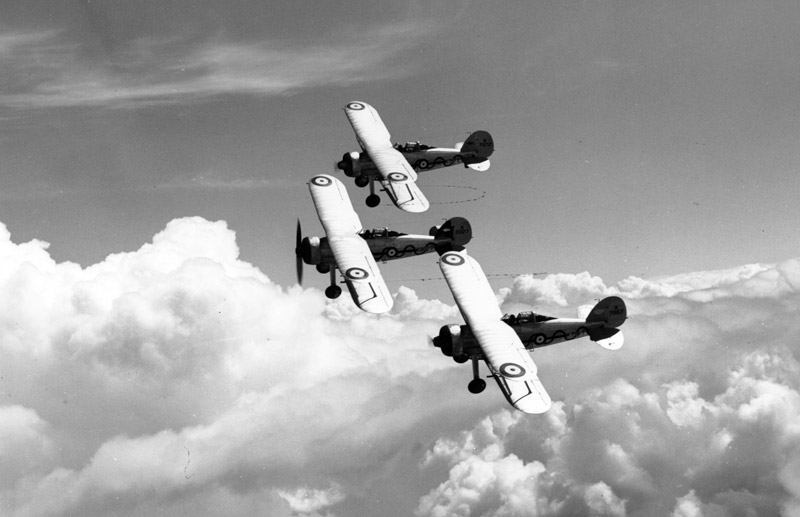 Gloster Gladiators flying in a classic Vic formation during an aerobatics display. Note the ribbons visible between the planes. 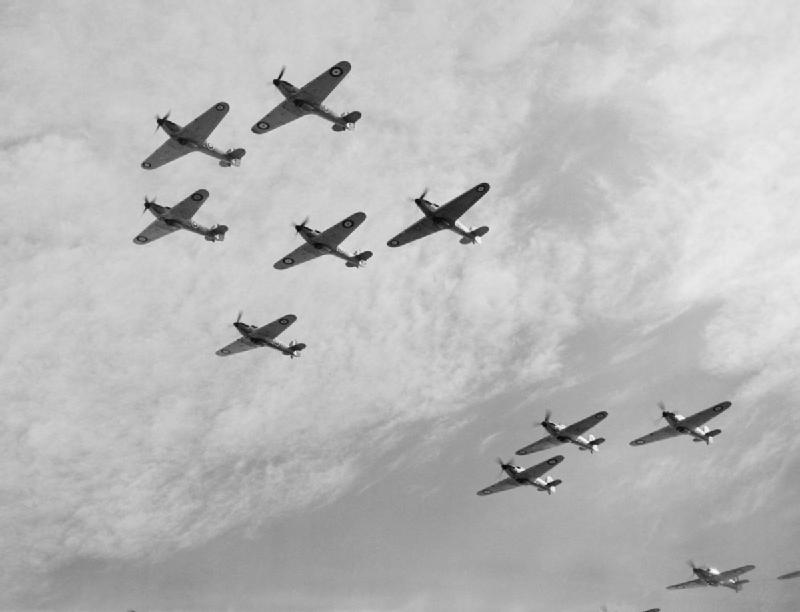 A squadron of Hurricanes flying over France in Vic formation. © IWM (CH 1500)

The Germans had also been training, but instead of drilling pilots in peacetime demonstrations the Luftwaffe, operating in secret, was forged in the Spanish Civil War. Their pilots learned through hard experience the most valuable rule of modern aerial combat, that the first one to spot the enemy had the advantage.  This revelation forced them to rethink accepted tactics.  They realized they should be looking outside, constantly scanning, not watching their instruments and each other.  Their logical conclusion was to abandon close formations.

So out of the conflict, the Luftwaffe developed tactics based on combinations of two planes, called a Rotte, comprised of a leader and a wingman. These pairs flew in a loose, spread out formation. They could be combined into a Schwarm of two pairs of two.  This formation was spread out and flew at different altitudes.

The looser German formation of Me109s. This is a Schwarm of 2 Rotte pairs.

When the RAF was thrust into the Battle of France and the evacuation at Dunkirk, they were shocked by the realities of air warfare. Their close flying Vics were easier for the Germans to spot at a distance.  While the Germans were closing to attack, the RAF pilots were  watching the other pilots in their formation, to maintain the appropriate separation. Watching each other rather than the skies around them, the British pilots frequently didn’t see their enemies diving toward them until it was too late.

The Brits flew their formation beautifully, but the job was to fight.  In these first campaigns the RAF suffered crushing losses.  The German schwarms would drop out of the sun and shoot several aircraft out of the sky before the RAF pilots even knew they were there.

Robert Stanford Tuck, a leading RAF ace, recounted this predicament. On a patrol to protect the remnants of the British Army during their evacuation from Dunkirk, his squadron flew a perfect arrangement of four Vics over the French beaches. He was mesmerized by the sight of so many Spitfires, gleaming as they flew close together, each pilot concentrating on wheeling the entire formation in unison. 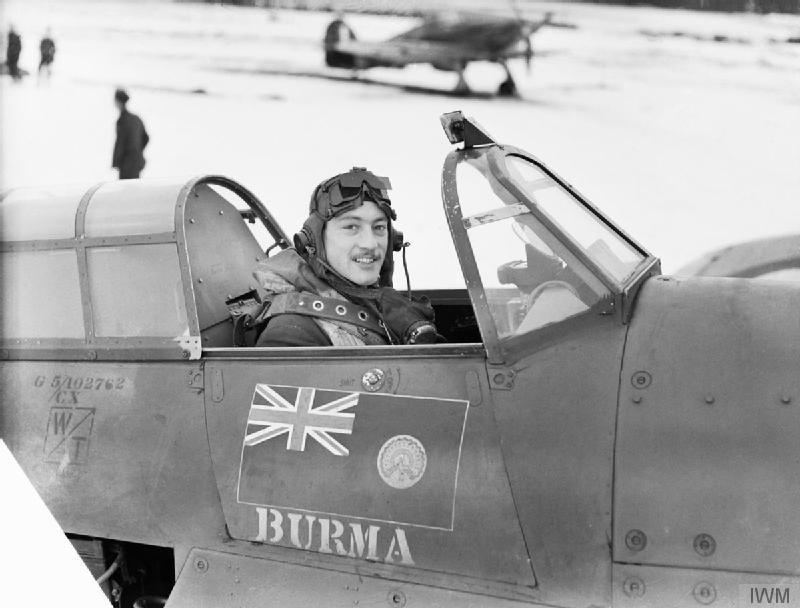 He glanced at his wingman, who raised his hand and smiled, and then disappeared in a flash, his Spitfire consumed by a massive fireball. The explosion rocked Tuck’s plane.

Messerschmitts 109’s hurtled through the formation.   Other planes in his squadron were falling, spinning earthward, the perfect formation torn asunder.  Now alone and fighting for his life, Tuck managed to shoot down a Messerschmidt and escape, but his squadron’s losses were high.

During this first baptism Tuck learned that he and his fellow pilots had been well trained; but they’d been training to do the wrong things.

The RAF almost lost the war by training their pilots to focus on the wrong things.   Even worse, despite early losses, RAF leadership refused to change official doctrines and training. Throughout the summer, pilots continued to arrive at their squadrons schooled in flying in Vic formations.  Thankfully, the RAF also gave their Group, Wing, and Squadron Commanders great leeway to enforce their own tactics.  Experienced leaders quickly abandoned the Vic and its close formation nonsense, adopting German tactics instead.  Later in the war, the RAF renamed the adopted formation the “Finger Four” and made it the standard for all combat tactics.

I see this same problem at all levels of organizations. Entire teams consumed by the wrong things, buried in elaborate processes and procedures that do nothing to advance larger goals. Making decisions based on what has worked in the past rather than understanding the present environment.

I worked as a Project Manager on a massive IT system rollout.  Our group was led by a CIO who instilled disciplined Project Management processes throughout the entire organization. People who complained or fought back were pushed out. Careers and lives were dramatically changed in the name of these processes.  And three years later, when the implementation was complete, we had executed the project ahead of schedule and under budget.  We all told ourselves that we had succeeded because we believed in the processes, we knew how to execute, and we had done our jobs well. But it wasn’t long before we began receiving complaints from the system users.  The new system was much too slow; cases took too long to process. Our customer’s primary performance metric was data processing speed and we had quadrupled the time it took to enter that data.

We could tell you where every dime of the $9 million dollars spent on that project went, and how people used  their time to the quarter of an hour. We had project plans, test plans, training plans, project schedules, status reports. We had everything but an idea of what our customers really needed.  We executed the project flawlessly, but it was entirely the wrong project.  We were watching each other, deep in the Vic. And failure was dropping out of the sun, right on our tails.