Each Group contained several Sectors, and each Sector had a Headquarters located on an RAF airfield. The Sector Headquarters was the location of the Sector Operations Room, and received incoming raid information at the same time as Fighter Command HQ and the Groups.  Some sectors also had satellite RAF airfields, and controlled these facilities and their squadrons. Sector Headquarters were responsible for scrambling aircraft, and guiding them to intercept the German raiders. 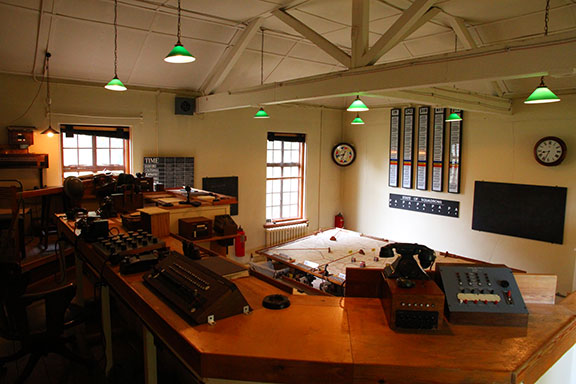 Group Tellers and the Royal Observer Corps passed information to the Plotters, who placed markers on the appropriate map location. When Group ordered squadrons to intercept a raid, they sent the order to the appropriate Sector Headquarters. Once received, Sector personnel confirmed the order and scrambled their aircraft.

Once airborne, the Sector Controller guided the fighters to the German raiders.  But even when operating efficiently, the Dowding System provided information that was several minutes old. The delay was caused by manually processing and passing raid information throughout the system.  A delay of even a few minutes, combined with the highs speed of both the fighters and the German aircraft, made interception a difficult task.  Also, the Dowding System only passed raid information down to Sector Operations. To guide their fighters to the Germans successfully, the Sector Controller needed to know the position of their squadron’s aircraft.  This need led to the invention of another experimental technology: Direction Finding (DF).

Direction Finding used radio receiving towers to triangulate the location of squadron fighters.  Each Sector had at least three towers, spaced roughly 30 miles apart.  A top secret transmitter unit inside each aircraft, called Pip Squeak, transmitted a signal that was received by the personnel in the receiving towers.  The information was passed to Sector Operations, where skilled personnel triangulated the location using three readings and passed the information to the Plotters at the map table. The Plotters would use it to place and move raid block that represented the friendly fighter aircraft.  Because the fighter position was determined at Sector Operations, the Controller had the most up to date information to attempt an interception.  Sector Operations personnel then communicated the information back up through the system, to ensure they could update their strategic picture.  This was the genius of the Dowding System.  If the senior leaders had tried to manage the tactical work of scrambling fighters and leading the intercepts, their information would have been to old.  Dowding realized this and insisted that control remain at the lowest tactical level possible.

During practical exercises before the war, the Dowding System was failing.  The interception rate was dismal.  Despite all the advantages of RDF, Controllers could put their fighters in a position to sight incoming raiders.  Sir Henry Tizard created a team of RAF experts and scientists to solve the problem, but they struggled to improve the interception rate. His scientists performed complex calculations in real-time, trying to solve the vector problem.  Every time they failed. The calculations were too cumbersome, too slow to account for real world situations.  If the raiders changed their course, the Sector personnel had to recalculate. They built tables, created worksheets. Still failure as days turned into weeks, and weeks turned into months.  This led to frayed nerves and heated arguments.  In desperation the RAF contracted for the construction of Simmonds-Goudine mechanical computers. They were as expensive, as they were ineffective. 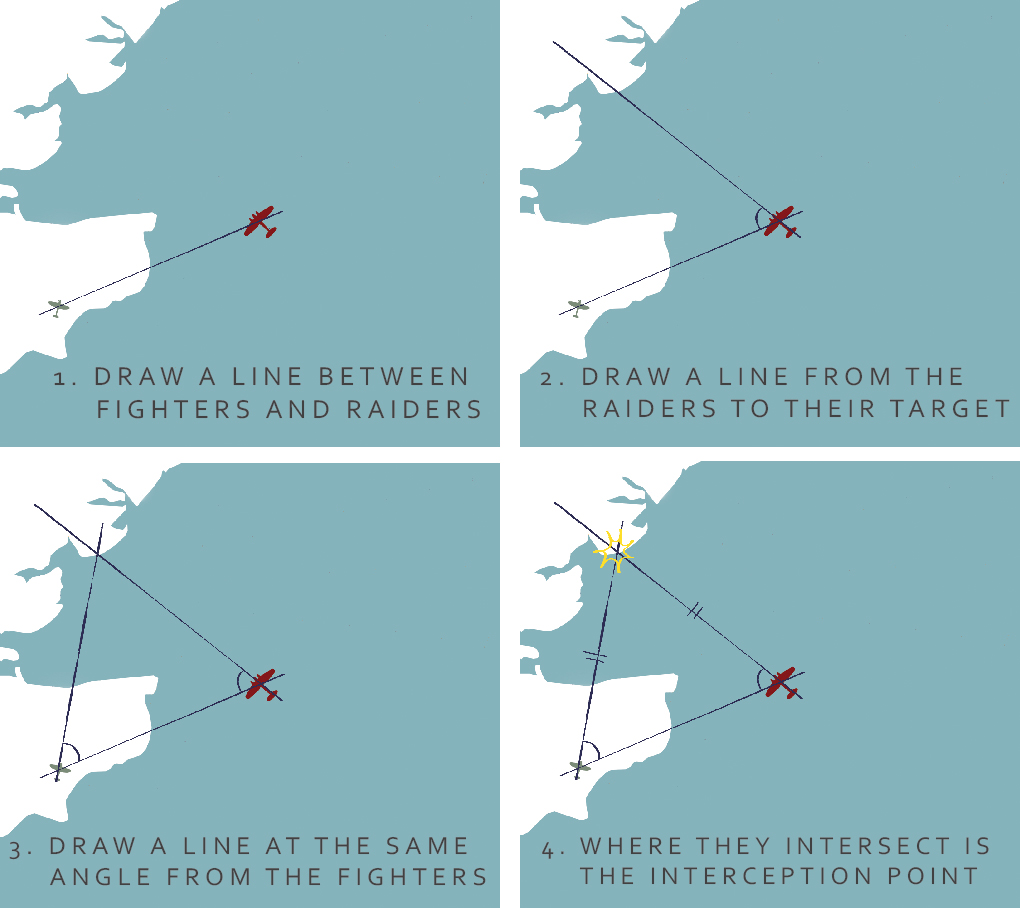 Determining the Tizzy Angle was a simple 4 step process

Watching the team argue over the interception calculation exacerbated Commander Eustace Grenfell. He had never been good at calculations. In frustration he yelled that he could do the intercept better, faster, without the math. The dispirited team accepted. He couldn’t comprehend the difficulty. He proceeded to “shoot from the hip,” passing vectors to the fighters by eyeballing the table. The intercept was successful.

This stunned the team. Henry Tizard, the chief scientist on the Dowding System arrived at the answer. Commander Grenfell had stumbled upon the Principle of Equal Angles.

This process and the vector it produced became known as the Tizzy Angle. The RAF published an illustrated guide and dispersed the instructions to all Sectors. This quick rule of thumb calculation improved intercept rates. During practical exercises in 1936, they achieved a success rate of 93%. In this case, improvisation proved more useful than precise calculation.